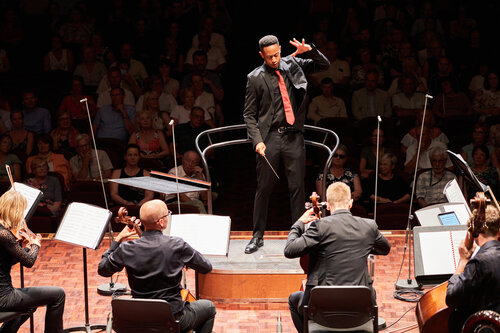 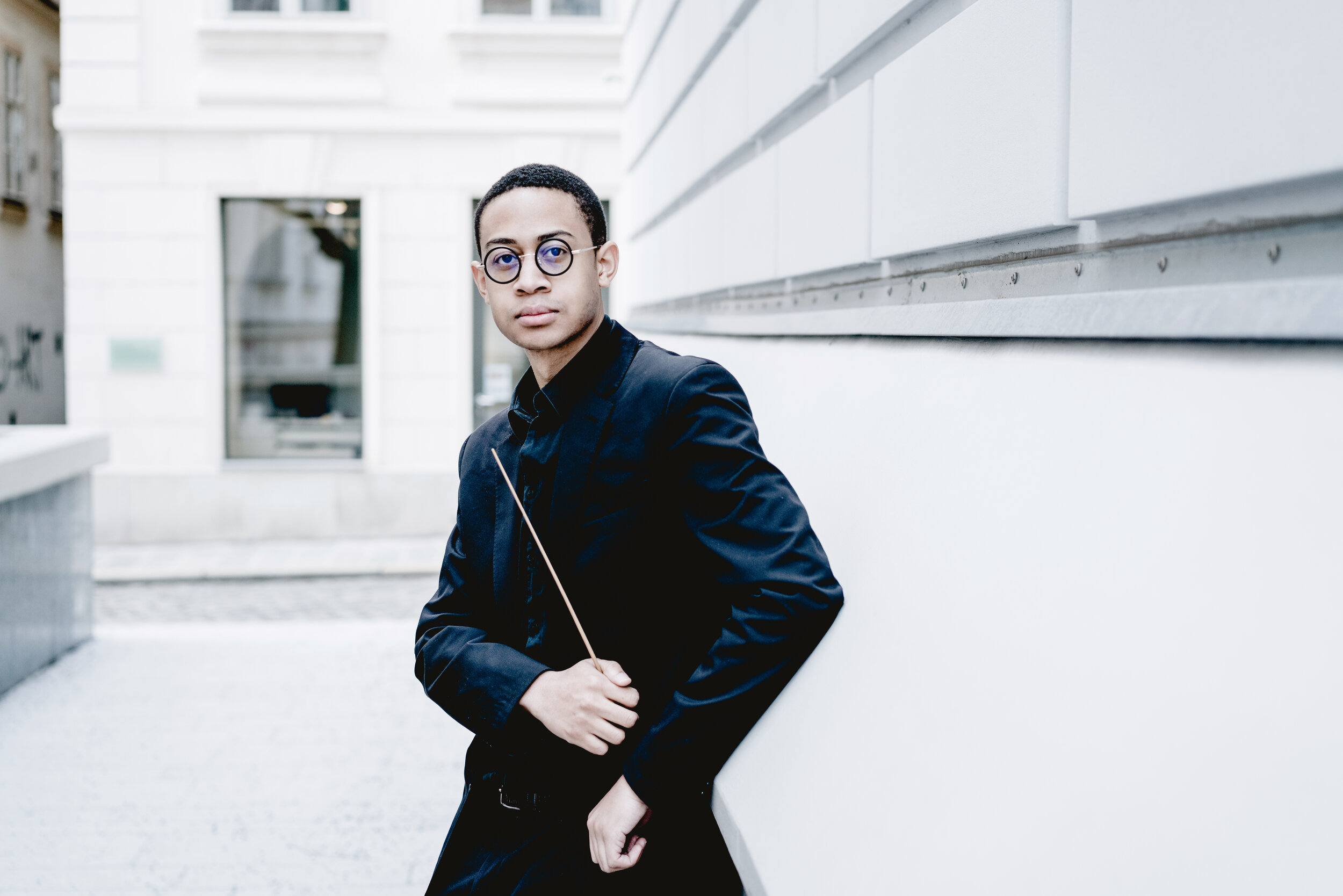 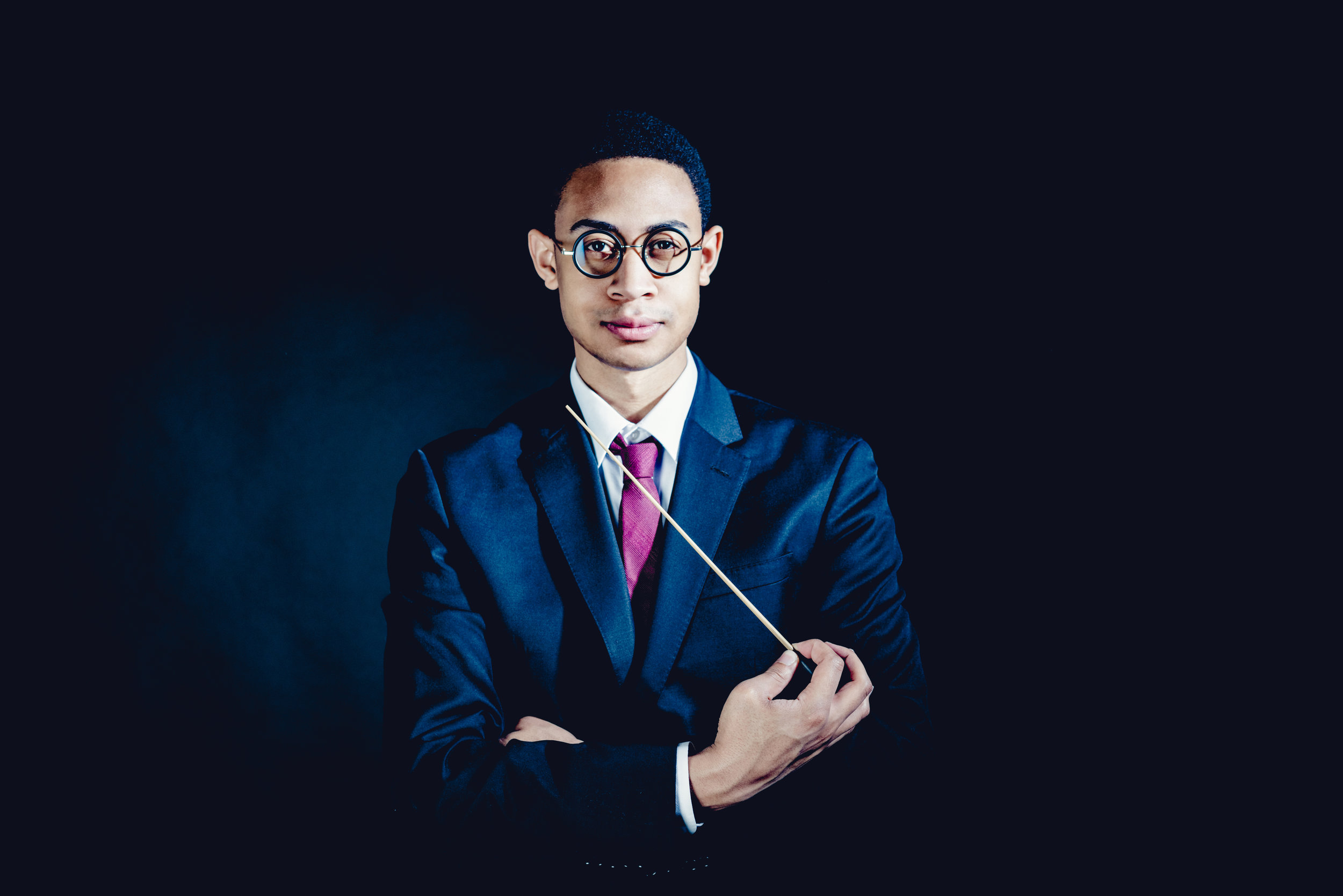 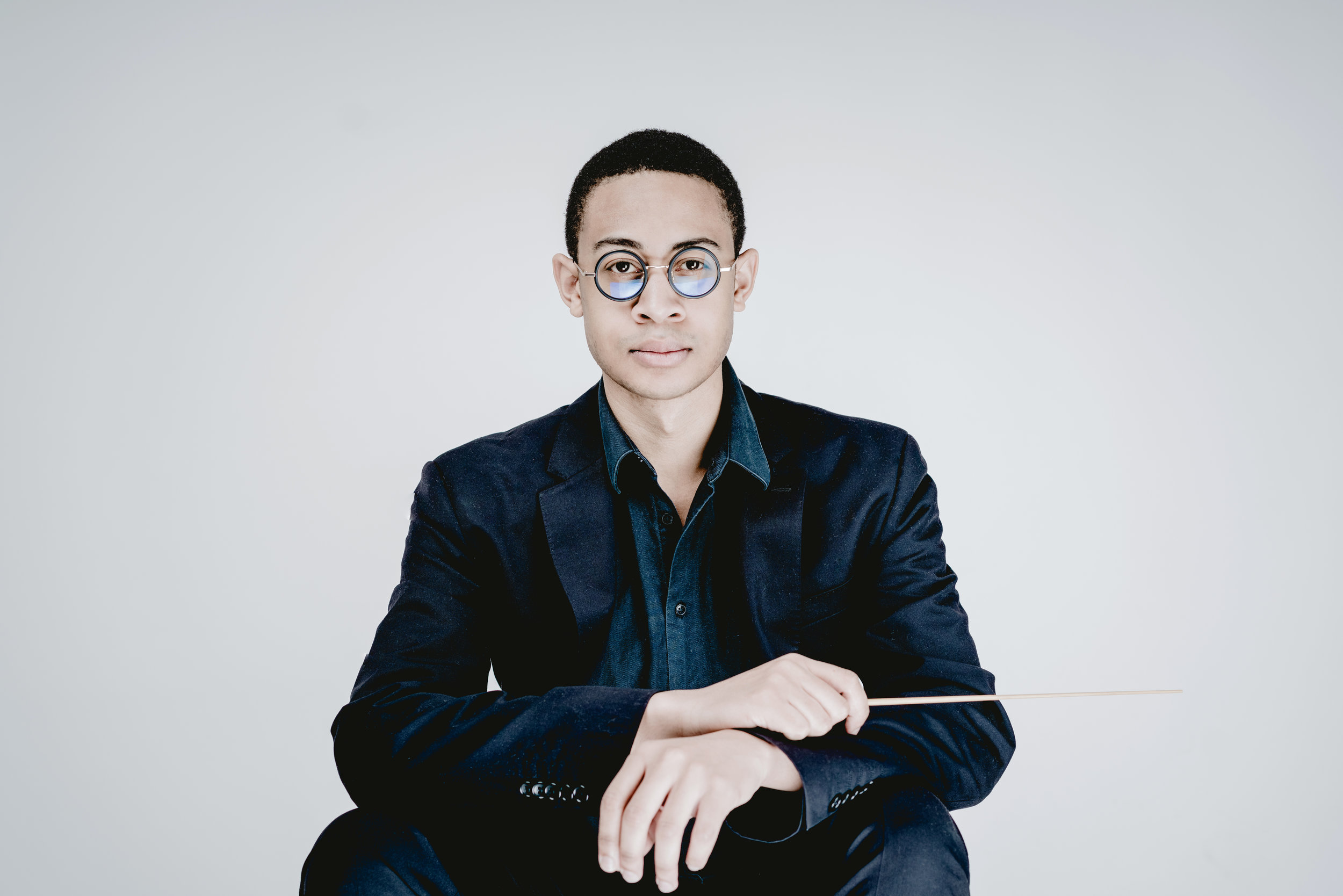 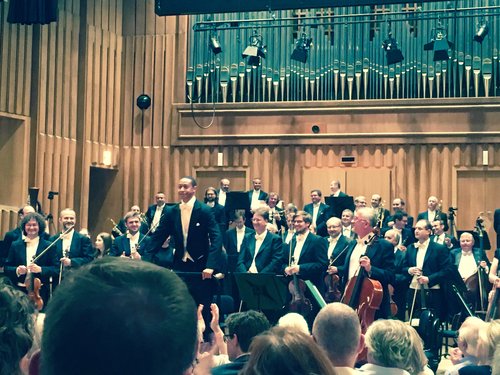 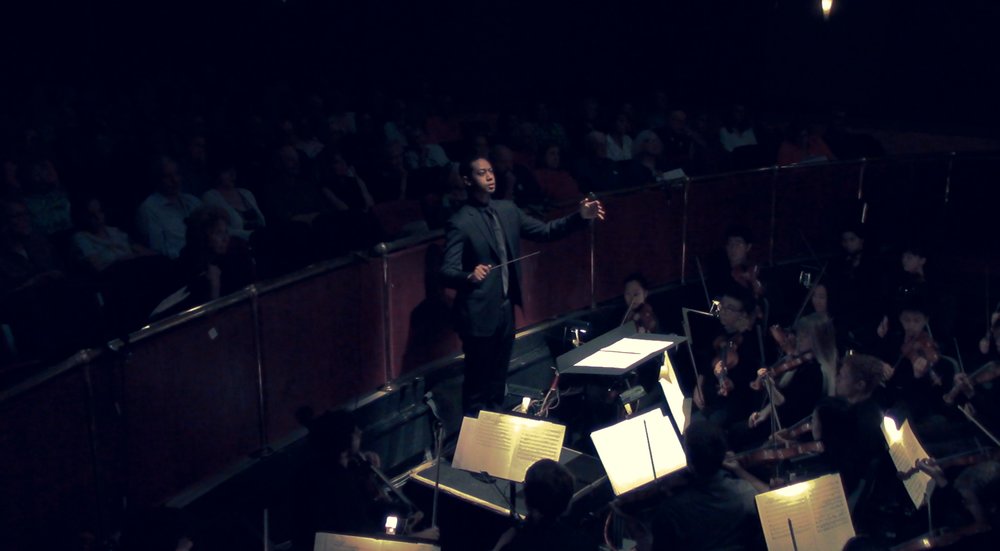 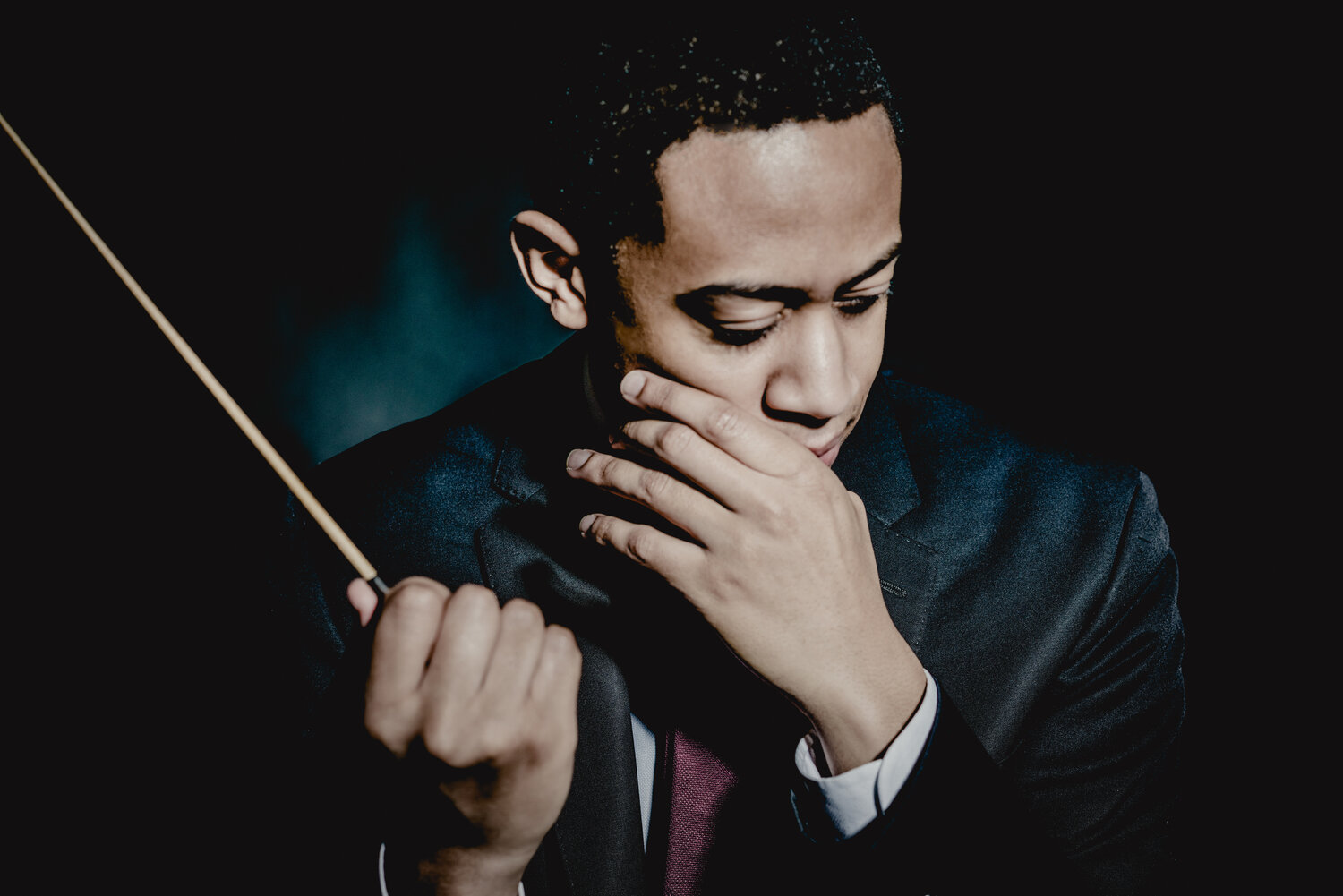 Described by Klassik begeisert as a "master of intense sound waves with a pioneering spirit" William Garfield Walker is an emerging young American conductor quickly establishing himself on the international stage.

A "Modern Day Maestro" (Northside Sun), Walker is currently the Chief Conductor and founder of the Nova Orchester Wien(NOW!)- Vienna’s newest professional orchestra. Within their first performances together Walker and NOW! have performed Mahler at the legendary Wiener Musikverein as well as for the 2020 G20 economic forum. He also serves as the Artistic Director and Conductor of the "Master Camerata Orchestra"- the professional orchestra of the Mississippi Symphony Orchestra’s International summer music festival, "Premier Orchestral Institute". Previously he served as Principal Conductor of the Moonlight Symphony Orchestra, the Royal College of Music Oratorio Society, and at the age of 20, founded the Virtuoso Philharmonic of Chicago.

The only North American finalist in the 2021 Only Stage International Conducting Competition as well as a finalist in the 2021 Lanyi International Conducting Competition, in 2020 Walker was selected by the American Austrian Foundation and members of the Vienna Philharmonic for the prestigious AAF Ansbacher/Farber Conducting Fellowship (formerly known as the Karajan Conducting Fellowship). Walker previously held conducting fellowships at the Aspen Music Festival and the Cabrillo Festival of Contemporary Music. In March 2020 a Resolution honoring Walker for his musical achievements was passed by the Mississippi House of Representatives and Mississippi Senate in a unanimous bipartisan vote. He is a 2017 recipient of the Bruno Walter Memorial Conducting Scholarship.

Walker’s education is a unique combination of the American, Russian, British, and Austro-German schools of music-making. He is a graduate of the Royal College of Music, London where he studied cello with Alexander Boyarsky and conducting with Michael Rosewell and, the Music and Arts University of the City of Vienna where he studied with conducting with Andreas Stoehr and Niels Muus and was also the first conductor to graduate from the top graduate diploma program. He has studied in masterclasses with maestros such as Vladimir Fedoeseyev, Michail Jurowski, Neeme Jarvi, Paavo Jarvi, Krystian Jarvi, Jorma Panula, Vassily Sinaisky, and Leonard Slatkin. Walker pursued additional academic studies at Harvard.

Originally a cellist, Walker won his first professional engagements at the age of 16 with the Mississippi Symphony Orchestra. He studied with Richard Hirschl (Chicago Symphony Orchestra) and participated in masterclasses with among others Yo Yo Ma, Astrid Schween (Juilliard Quartet), and Desmond Hoebig. He additionally served as principal cello for various orchestras and ensembles at the Royal College of Music during his time as a student there. A multifaceted musician, Walker is also a composer published by the legendary Viennese publisher, Universal Edition. His works include music for solo instruments, large symphony orchestra, and dance. It has had performances in cultural centers such as Chicago, London, Vienna, and the Palau de la Música Catalana (Barcelona). Walker has also written music for collaborations with the Contemporary Dance Ensemble, Art Alive for many performances including in Brussels, at the Guggenheim (Bilbao, Spain), and the Sarajevo Ballet Festival.

William Walker has worked as an opera conductor in both the United States and Europe. He has been a cover conductor with the English Touring Opera for an Oliver Award-winning production of Don Giovanni; the Chicago Opera Theater with Frederica von Stade in Ricky Ian Gordon’s "A Coffin in Egypt", and assisted high profile opera performances such as Die Fledermaus (J. Strauss) and Hänsel und Gretel (Humperdinck) at the Royal College of Music, London where he also was the solo cellist of the opera orchestra. He has also been a rehearsal conductor at the Music and Arts University of the City of Vienna with repertoire including Ariadne, Elektra (R. Strauss), The Grand Macabre (Ligeti), and the Cunning Little Vixen (Janacek).

Walker has been generously supported by the John N. Palmer Foundation, Talent Unlimited UK, and The National Alliance for Audition Support (NAAS) which is comprised of The Sphinx Organization, the lead program administrator and fiscal agent for the Alliance; the New World Symphony, America’s Orchestral Academy; and the League of American Orchestras, representing 700 orchestras.