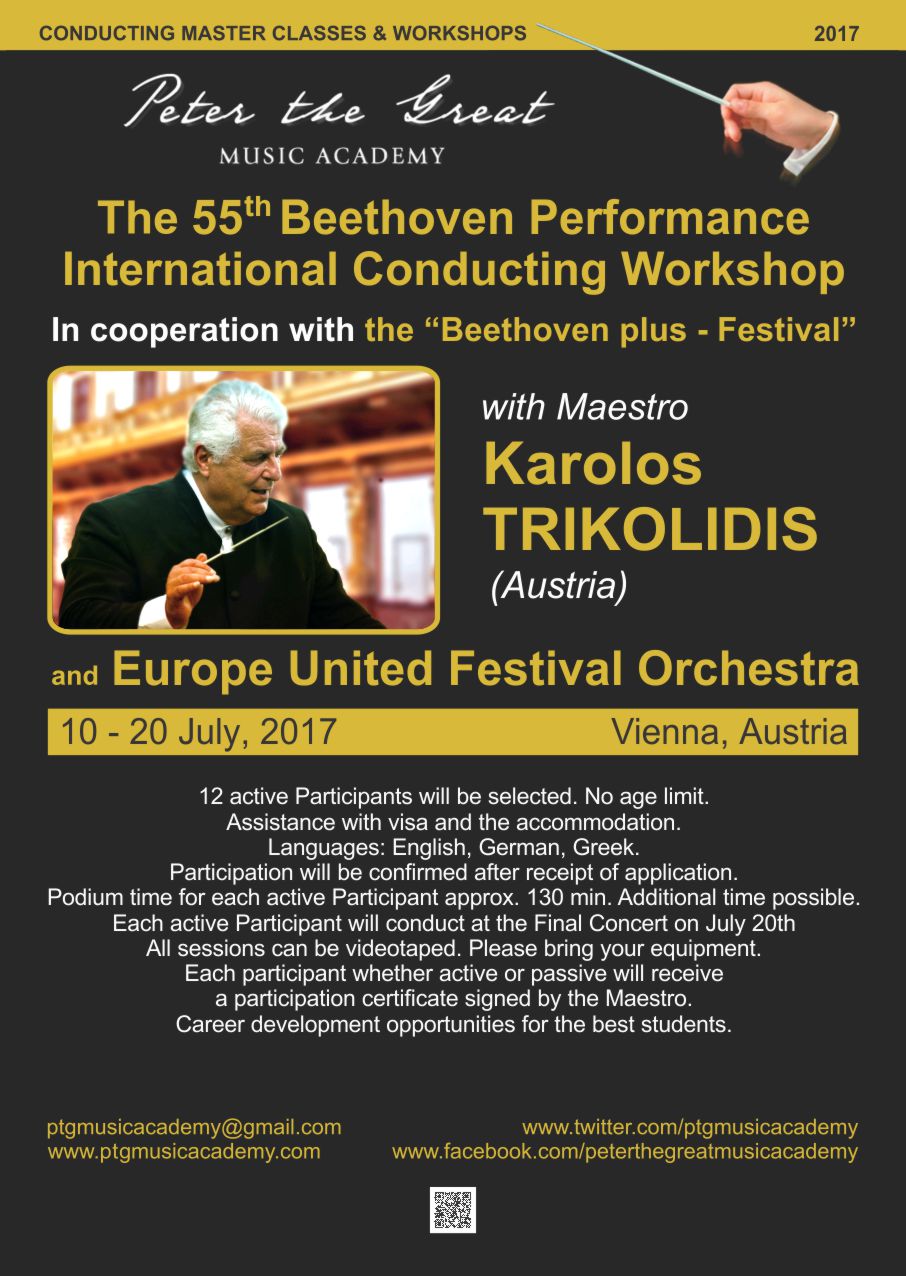 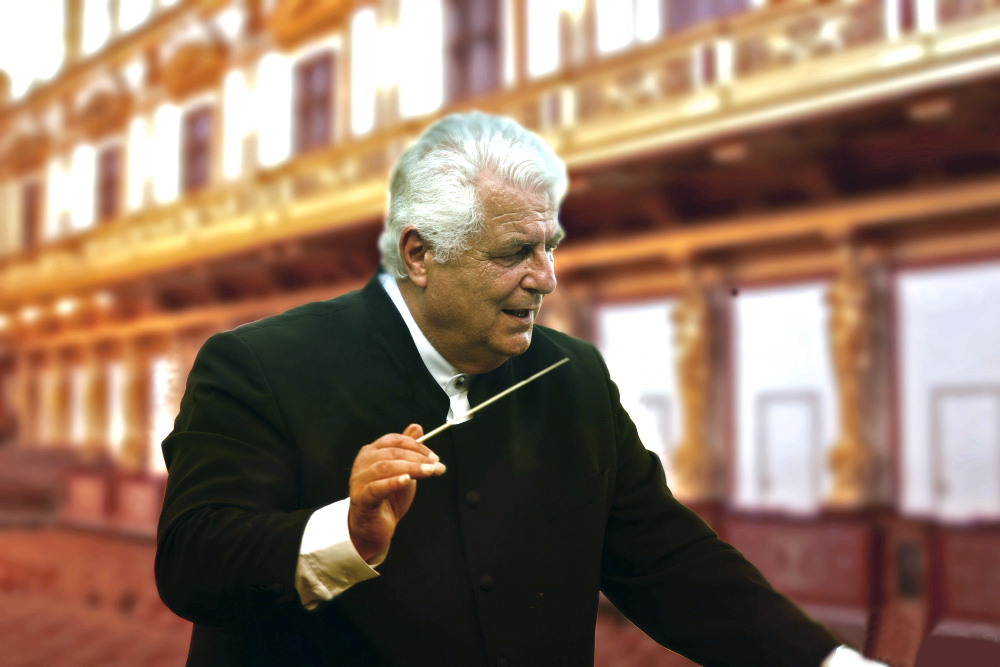 Dates: 10 - 20 July 2017
Deadline for Applications: Till the Class is full
Place: in the middle of Austria
Seminar language: German, English, Greek

1) for Lectures, Lessons and conducting sessions with 2 pianos, Profound knowledge of:
a) all Symphonies including the 9th with its complete 4th movement
b) one or both Instrumental Concertos
c) both Overtures

Trikolidis was born in Bad Aussee of Austria by a Greek father and an Austrian mother. He studied at the music universities of Vienna and Salzburg. He studied violin with Günter Pichler, composition with Alfred Uhl and Cesar Bresgen, percussion with Richard Hochrainer and conducting with Hans Swarowsky and Miltiades Caridis.

He took part as active participant in the annual masterclasses of Franco Ferrara, Pierre Boulez and Herbert von Karajan. Along with Swarowsky and Caridis, he received conducting lessons by composer and conductor Bruno Maderna.

He started to work as assistant to Giuseppe Patanae and Sir Adrian Boult, and after competing in Paris he was chosen to work as selected fellowship conductor of the Boston Symphony Orchestra next to Leonard Bernstein, Seiji Ozawa and André Previn. He won the first prizes of the international conducting competitions in Besançon in 1970, Florence in 1971 and Budapest in 1977.

Since 1972 he worked in permanent positions as 1st Kapellmeister at several Opera houses in West Germany and Hungary, served as permanent conductor of the Ballet National de Marseille “Roland Petit” with which he toured through Europe, was also invited by the Aterballetto and the Ballets of Bolshoi and Kremlin, worked as principal guest conductor of the Iceland Symphony Orchestra, as general music director of the Debrecen Philharmonic Orchestra and repeatedly as guest conductor of the Russian National Orchestra for concerts in Moscow and tours to the Volga cities and the Athens Festival.

He appeared at the festivals of Dresden, Paris, Budapest, Aix-en-Provence, Besançon, Athens, Vienna “Music Summer” and the “Dimitria festival” of Thessaloniki. He conducted in radio productions and TV concerts with ABC, BBC, ORTF, RAI, WDR, ORF, MRT, NRU, and a cycle of 12 TV concerts with the Hungarian television.